John Rockwell, Superboy, business expert and a man whose relentless pursuit of the next big disrupter has made him the man to know. 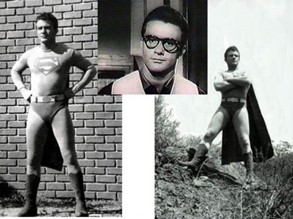 To know of John’s amazingly successful life as an actor, mentor, and businessman, you must understand his incredible background.

John Rockwell was raised in a small town outside of Pittsburgh, Pennsylvania. His ultimate dedication to hard work, commitment to provide for his family and himself, led him to move to California at the age of 18, to pursue a career in acting.  His life has been charmed ever since.

John’s unending goal in life is in the pursuit of excellence.  His unparalleled personal character along with business and financial acumen enabled him to build an incredible network of extremely talented and successful individuals. John’s goal now is to build a digital legacy. His knowledge of finance, business, entrepreneurship, networking and angel investing are unrivaled.  Rockwell continues to deliver success to any corporation that fits within the vision and mission of the John L Rockwell Group.

John Rockwell’s experience throughout his acting career has allowed him to create unbelievable relationships and connections in entertainment, business and government.  Here’s some of his history:

The first-person John met in Hollywood was none other than the legendary Elvis Presley.  Rockwell walked into the infamous Schwab’s Drugstore on Sunset Blvd., (where Lana Turner was discovered) and heard women screaming behind him, he turned to see Elvis!  That was the start of a long friendship between the two.  Elvis introduced many stars of that era to John, including the incredible Ricky Nelson.

John Rockwell’s first job as an actor was with superstar Sophia Loren.  Ms. Loren opened doors for John at Paramount Studios and shortly found himself working with two iconic actors, Sophia and Margaret O’Brien. John also worked on many other movies, including Heller in Pink Tights in 1958, which led to many additional opportunities for Rockwell.

John was soon cast as the lead in Superboy, the popular 1961 original television series.  He also had a number of smaller roles including My Three Sons with actor Fred McMurray.  Being the hard worker John was, he supplemented his acting career by parking cars and being a lifeguard.  As a lifeguard at the Beverly Hills Hotel, John met Howard Hughes, who subsequently offered John an opportunity to work for him.

As a result of that meeting, Rockwell traveled around the world to places like Monte Carlo, St. Tropez and Iran.  He crossed paths with many colorful people, including the Shah of Iran, Mohammad Reza Pahlavi.  While in Mexico, he met the former President of Mexico, Luis Echeverria. 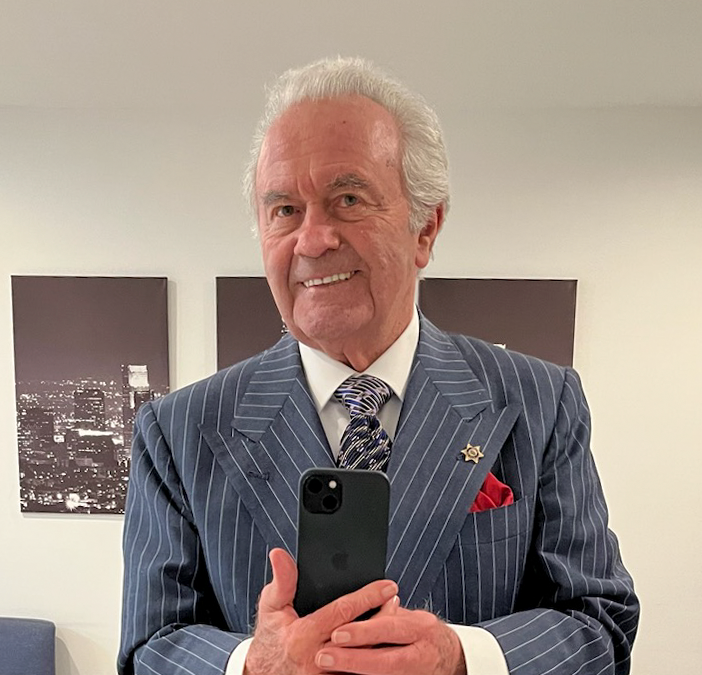 "I am not one to shy away from breaking boundaries. I’m the one who lives life on my feet, taking every prospect that arises, simple or complex, because I’m open to any opportunities to better individuals, companies and the world."

All these experiences allowed John Rockwell to learn about business and what a strong working relationship means for success.  He studied and applied what he learned, to achieve tremendous success as a businessman.  Rockwell is recognized as the “man that knows things” and the one who invented “I got a guy”, as his network and connections are endless.

Some of John Rockwell’s incredible career successes include raising $43M in investment for a movie entitled “The Cotton Club” featuring the great Richard Gere and talented Diane Lane.  He has also consulted for various elite clients including billionaires Jerry Buss, Hugh Hefner, Berry Gordy (Motown Records) and many others.  He used his incredible network of connections to help close deals and provide tremendous success for individuals and businesses alike…His network is large and full of highly talented, successful individuals, who believe in John and his business opportunities.

John is the conduit to these high value individuals who want to invest in compelling opportunities.

John Rockwell’s unending goal in life is in the pursuit of excellence.  His unparalleled personal character along with business and finance acumen enabled him to build this incredible network of extremely talented and successful individuals.

John’s goal now is to build a digital legacy, launching the John L Rockwell Group. His knowledge of finance, business, entrepreneurship, networking and angel investing are unrivaled.  Rockwell continues to deliver success to any individual or corporation that fits within the vision and mission of his company.

John Rockwell was recently presented with a Certification of Appreciation from the City of Los Angeles for his outstanding service to the community through his work with Safe Passage Heals.

Headquartered in Los Angeles, Rockwell continues to jet to Las Vegas, New York and other exotic locations, always on the look-out for the next great opportunity.